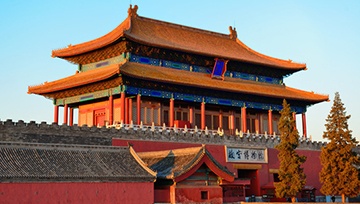 The Australian Dollar firmed again after solid China GDP figuresChina’s re-opening is yet to hit the growth numbers but has helped commoditiesThe US Dollar appears vulnerable. Will it boost AUD/USD to a new peak?

Get Your Free AUD Forecast

The Australian Dollar leapt toward yesterday’s six-month peak against the US Dollar with China’s GDP much better than forecast.

Chinese GDP printed at 2.9% year-on-year for the fourth quarter against expectations of 1.6% and 3.9% previously.

Other Chinese data was released at the same time, with industrial production for the year to the end of December coming in at 1.3% instead of 0.1% anticipated and 2.2% prior.

Retail sales numbers for the same period were -1.8% well above the -9.0% forecast and -5.9% previously, although still negative.

The GDP numbers capture a locked-down China that re-opened near the end of the quarter. Large outbreaks of Covid-19 materialised rapidly and so the economic benefits may not become apparent for some time.

How to Trade AUD/USD

Today’s data is very positive news for an economy that has the potential to strengthen further once Covid-19 restrictions are completely lifted and case numbers start to drop.

Prior to the GDP release, the People’s Bank of China (PBOC) injected CNY 504 billion of liquidity via revere repos. This is the most since January 2019.

Markets are already pricing in an expansionary outlook for the world’s second-largest economy with the CSI 300 equity index at its highest level since August.

Commodity markets have also been underpinned with base metals notching up significant gains so far this year. Iron ore and copper, two of Australia’s top exports, are much higher and have added to perceptions of the Aussie Dollar benefitting from the China re-open.

Elsewhere, the US Dollar is under pressure as the market appears to be expecting the Federal Reserve to ease up on its aggressive monetary policy tightening later this year.

This is despite consistent messaging from several members of the Federal Open Market Committee (FOMC) stating that rates will need to go higher and stay there.

Gold is also trading near its highest level since April last year as the precious metals pick up interest from the weaker US Dollar and the broader increasing appetite for metals.

With the China re-opening story and the seemingly endangered status of the ‘big dollar’, it is little wonder that AUD/USD is experiencing some bullish momentum.